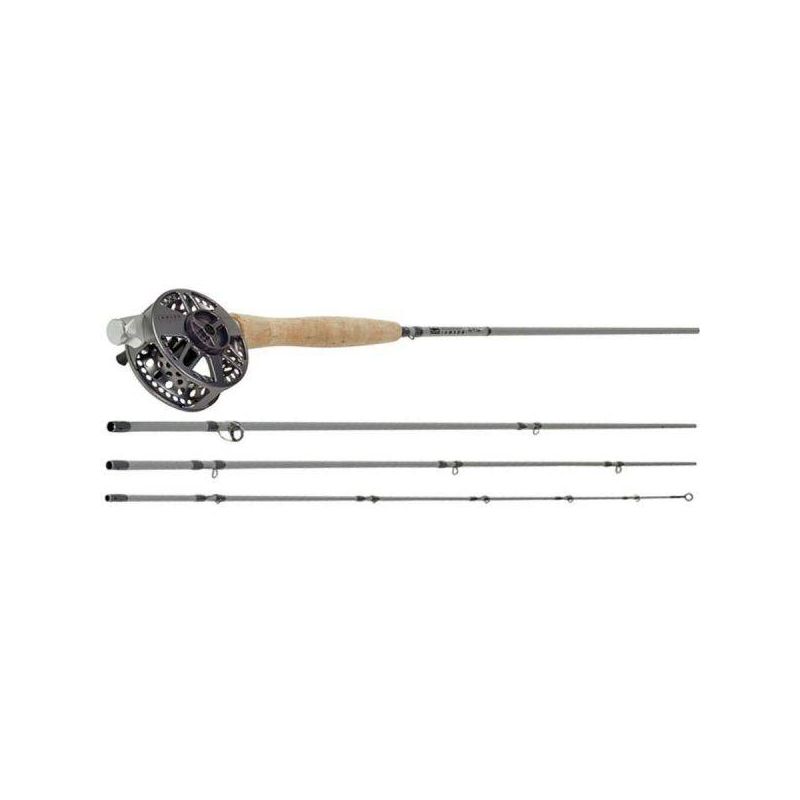 CAST OFF YOUR PRECONCEPTIONS

No reward points for this product because there's already a discount.

“Form follows function – that has been misunderstood. Form and function should be one, joined in a spiritual union.”

CAST OFF YOUR PRECONCEPTIONS

In 1995, when we were taking a critical look at fly reels, we were also looking at rods and reels as a system. What we saw didn’t seem optimal. No matter how great the rod, one key fact compromises it: 2/3rds of the total weight you’re casting is the reel. And that heavier object hangs off-center from the rod’s axis.
We realized that if you shifted the mass of the reel along the rod’s axis, most of the twisting force generated during casting would be eliminated.

We did that, and in ’97 licensed our concept and design to Sage, calling it Center Axis.

Some ideas are ahead of their time. In 1997, we were very busy promoting the strange idea that fly reels should have large arbors, so it’s understandable that a complete re-structuring of the rod-reel system was a league too far.
But ideas find their moment. For the Center Axis, we think that moment has arrived.

Imagine casing with a reel mounted 12-inches below the rod. The reel would create pendulum and twisting forces. On a smaller scale, the same forces are at work with the standard rod/reel configuration. On your backcast, you want to feel the decelerating line load the rod, not the force required to hold the reel straight. Your hand informs the brain about timing and position so the measured energy you put into the rod happens at the right instant—at the perfect amplitude and arc to send the loop sailing. While searching for the rhythm and feedback from the rod and line, the last thing you need is the reel swinging around and creating background static.

The Center Axis may be the most meaningful advancement in fly rod performance since graphite replaced fiberglass all those decades ago. By closely aligning the center mass of our Litespeed reel with the center axis of our rod, we’ve de-levered the mass of the heavier object. The result will amaze you. You’ll feel the pure pulse of your cast. Don’t take our word for it: Casting is believing.

OTHER HALF OF THE STORY

The Center Axis system can only be as good as the rod it’s mated to, so truth be told, the majority of our effort went into developing a truly excellent fly rod.
We’ve built the rod that we wanted to fish: A dynamic, versatile rod that’s fun to cast. A rod that strikes a balance between speed and loop control. And specifically—because it gets its power from a deep loading bottom section—a rod that “rolls” with the expanding repertoire of D-loop casts.
This last point can’t be overstated. When your back is to the wall (of overhanging willows) the ability to make a long, tight Scandi cast can be incredibly useful. To make this happen the rod needs to load deep. It’s not rocket science, but it’s a feature often overlooked.
Finish details were another opportunity to innovate. We took a lesson from the Heron, and finish our rods in a silhouette and flash reducing matte grey.
Having developed this fine fishing tool, we couldn’t resist offering it in a standard seat version as wel